Ukrainian Catholic University, the Pontifical Oriental Institute and the Catholic University of America supported by Antonovych Foundation Omelan & Tatiana organize the International Scholarly Conference marking the 300th anniversary of the Council of Zamość “Codifying the Tradition: The 1720 Kyivan Metropolitanate Council of Zamość (Canonical Sources, Uniate Theology, Cultural and Religious Programme), that will held in the Pontifical Oriental Institute in Rome 9-10 November 2021 and online («Живе телебачення»).

The conference is organized under the patronage of the Head of the Ukrainian Greek Catholic Church His Beatitude Sviatoslav. Sholars from Ukraine, Austria, Canada, Italy, Hungary, Netherlands, Germany, Poland, Russia and USA wiil take part in the Conference.

“In 2020, 300 years have passed since the time when the Polish city of Zamość hosted, from August until September 1720, a local Council of the Kyivan Eastern-Catholic Metropolitanate that gathered almost 150 representatives of the Ukrainian-Belarusian clergy under the leadership of Metropolitan Leo (Kyshka). This local Council, the second of its kind in the history of the Kyivan Church in union with Rome, took place during the golden age of baroque culture and the Enlightenment movement. The Council dealt with ecclesiastical matters in the wake of the 1709 Poltava battle and Ivan Mazepa’s defeat.

The Council of Zamość – the first since the Union of Brest, offered a wide-ranging programme of reforming organizational and pastoral structures of the Ruthenian Church that was in union with the Roman Apostolic See. The 1720 Council also dealt with post-Tridentine theology and Roman canon law, and searched for a dialogical balance between its Catholic identity and the Byzantino-Slavic (above all liturgical) legacy. Until the end of the 19th century, the decisions of the bishops in Zamość determined the identity of the Greek-Catholic Church and her pastoral principles of inculturation of the Word of God for the vast territories of Eastern and Central-Eastern Europe. During the 20th century, the independent nations of Belarus, Latvia, Lithuania, Moldova, Poland, Russia, and Ukraine re-emerged from the ruins of former empires and totalitarian regimes” (Professor Ihor Skochylias).

Conference Program: in Ukrainian, in English. 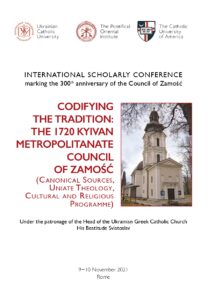 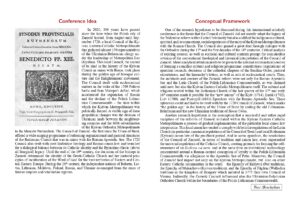 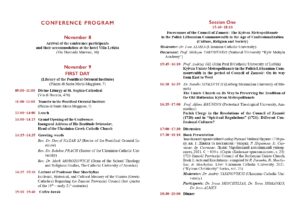 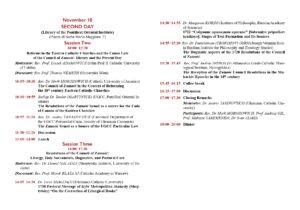 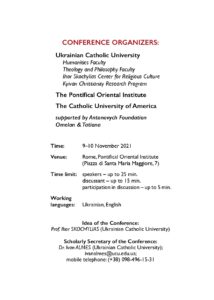